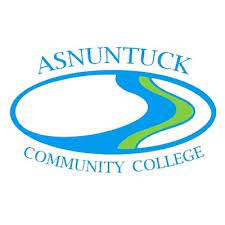 Asnuntuck Community College was established in 1972 as the twelfth institution in the Connecticut State Colleges and Universities system (CSCU). Classes began in 1972 with an initial enrollment of 251, and 12 Associate in Science degrees and 20 Associate of Art degrees were awarded to the first graduating class in 1974. The college operated under provisional approval until it was first accredited by the New England Association of Schools and Colleges in 1977. Asnuntuck was subsequently reaccredited after comprehensive reviews in 1980 and 1985; an interim report was submitted to the New England Association in 1990, and accreditation was reaffirmed through 1995. This was followed by a 1995 comprehensive visit and a 2000 interim report that accredited the college to the present.