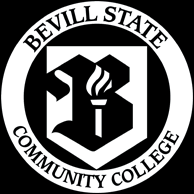 The college has an intricate history due to the many mergers it has engaged in over the years. The current legal entity was formed in 1992 as a result of the merger of Walker State Technical College (founded 1966) and Brewer State Junior College. In 1993 the Hamilton Campus of Northwest Alabama Community College (founded 1966) was merged with Bevill and in 1998 UAB/Walker College (founded 1938) completed the Bevill campus system.[5]