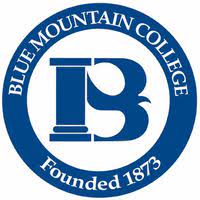 By 1873, the college was founded as a woman's college by Confederate Brigadier-General Mark Perrin Lowrey, a pastor who was known as "a preacher general" during the war. Blue Mountain Female Institute, as it was called at first, started with 50 students with Lowrey and his two daughters serving as the faculty. In 1877, the college was officially chartered by the State of Mississippi. Lowrey, his sons W. T. and B. G., and grandson Lawrence Lowrey all served as the first four presidents.