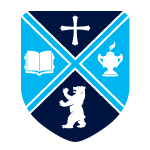 During the Fundamentalist-Modernist controversy of the 1920s, Christian evangelist Bob Jones Sr. grew increasingly concerned about what he perceived to be the secularization of higher education and the influence of religious liberalism in denominational colleges. Jones recalled that in 1924, his friend William Jennings Bryan had leaned over to him at a Bible conference service in Winona Lake, Indiana, and said, "If schools and colleges do not quit teaching evolution as a fact, we are going to become a nation of atheists."[4] While he himself was not a college graduate, Jones grew determined to found a college, and on September 12, 1927, he opened Bob Jones College in Panama City, Florida, with 88 students. Jones said that although he had been averse to naming the school after himself, his friends overcame his reluctance "with the argument that the school would be called by that name because of my connection with it, and to attempt to give it any other name would confuse the people".[5]