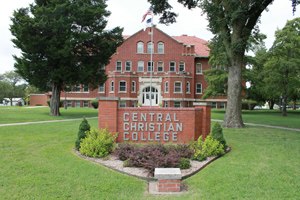 The Central Christian athletic teams are called the Tigers. The college is a member of the National Association of Intercollegiate Athletics (NAIA), primarily competing in the Sooner Athletic Conference (SAC) since the 2017–18 academic year. They are also a member of the National Christian College Athletic Association (NCCAA), primarily competing as an independent in the Central Region of the Division I level. The Tigers previously competed in the defunct Midlands Collegiate Athletic Conference (MCAC) from 2002–03 to 2014–15 (when the conference dissolved); as well as an NAIA Independent within the Association of Independent Institutions (AII) from 2015–16 to 2016–17.