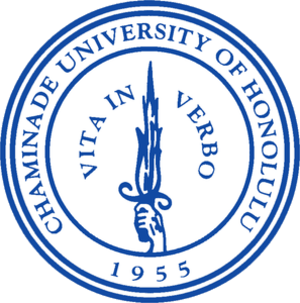 Chaminade University of Honolulu was named after Father William Joseph Chaminade, a French Catholic priest who survived persecution during the French Revolution. He founded the Society of Mary in 1817. In 1849, Marianists sent missionaries to the United States to serve immigrant populations. In September 1883, eight Marianist priests arrived in Honolulu and established Saint Louis School, today a middle and high school for boys. With the encouragement of Saint Louis alumni, the Marianists established a university to serve the educational needs of local Hawai'i Catholics. They opened Saint Louis Junior College in 1955. Upon becoming a four-year institution, the school changed its name to Chaminade College in 1957. When graduate programs were added in 1977, Chaminade College changed its name to Chaminade University of Honolulu.