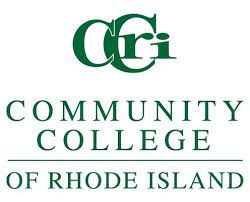 It was founded as Rhode Island Junior College, "RIJC", in 1964 with 325 students studying at the Henry Barnard School in Providence, Rhode Island. In 1965, a portion of the nearby former Brown & Sharpe manufacturing facility was converted into classroom space and served as the college's primary facility until 1972. The Knight campus in Warwick, RI built on the donated Knight Estate, opened in 1972 as the school's first permanent building and flagship campus. It was followed by three additional campus and 2 satellite locations.