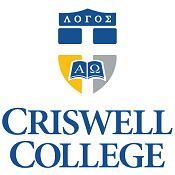 Classes began on January 12, 1971, after being founded in 1970 as the Criswell Bible Institute. The school would later be known as the Criswell Center for Biblical Studies before assuming its current name in 1985.[2] The college is named after its founder, W. A. Criswell, long-time pastor of the First Baptist Church of Dallas. Dr. James Bryant was the founding Dean.