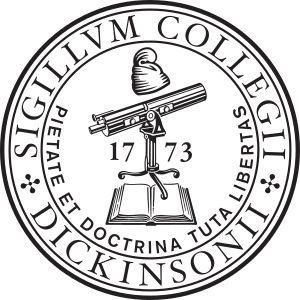 Dickinson College is a private liberal arts college in Carlisle, Pennsylvania. Founded in 1773 as Carlisle Grammar School, Dickinson was chartered on September 9, 1783,[5] making it the first college to be founded after the formation of the United States. Dickinson was founded by Benjamin Rush, a signer of the United States Declaration of Independence, and named in honor of John Dickinson, a signer of the Constitution who was later the governor of Pennsylvania, and his wife Mary Norris Dickinson. They donated much of their extensive personal libraries to the new college.[6]