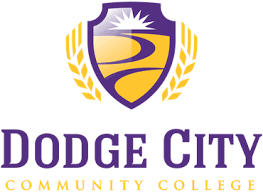 Founded in 1935, Dodge City Community College was located on the third floor of the Senior High School Building at 1601 First Avenue, for 22 years. By 1957, it had grown large enough to require a move to a different location, at 1000 Second Avenue. The college remained there for the next 13 years. In 1965, the Kansas Legislature passed legislation changing control of the state's junior colleges from the State Board of Education to locally elected Boards. Kansas junior colleges became genuine community colleges, answerable to the citizens in their areas. Ford County voted overwhelmingly to assume responsibility for the college, and in the fall of 1965, the county elected its first Board of Trustees. In the fall of 1966, the Student Affairs Division was first established. The Student Affairs encompassed counseling, records and admission, student housing, campus activities, and recreation activities. In October 1966, due to overcrowded classrooms and the increasing need for additional occupational programs, the citizens of Ford County endorsed a $2.5 million bond. In 1970, DC3 opened its 35th year of operation with a new campus, located on the northwest edge of the city. The college's outstanding design was recognized with an award by the American Institute of Architects.[2] The campus sits on the former site of the James Mooney Ranch. The land was purchased in 1966 from Mr. Mooney.