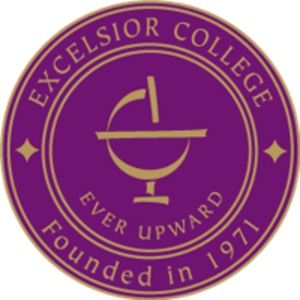 Excelsior College was founded in 1971 by the New York State Board of Regents as its external degree program, known as The Regents External Degree Program (REX). The initial development of the program was funded by major grants from the Ford Foundation and the Carnegie Corporation. Known as Regents College from 1984 through 2000, it operated as a program of the Board of Regents (which also served as its board of trustees). In April 1998, the Board of Regents granted the school an absolute charter to operate as a private, nonprofit, independent institution. On January 1, 2001, Regents College, required to change its name under the terms of the separation, became Excelsior College (Excelsior means "ever upwards" in Latin; it is also the motto of the State of New York).