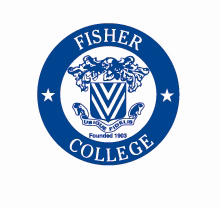 Fisher College was founded in 1903 by Myron C. Fisher and Edmund H. Fisher under the name Winter Hill Business College. The curriculum developed at the time emphasized vocational preparation, a tradition that has strongly influenced the college's mission over the years. In 1910, the name of the institution was changed to Fisher Business College. The original campus was located in Somerville, Massachusetts and was moved to the current Beacon Street location in 1939. The Beacon Street site is featured on the Boston Women's Heritage Trail.[2] During the 1940s, the college was split into two separate entities: The Fisher School for Men and The Fisher School for Women. In 1975, the Division of Accelerated and Professional Studies was established. Today, the Division of Accelerated and Professional Studies (DAPS) offers degree programs at their Boston, North Attleboro, Brockton, and New Bedford locations. In 1998, the college established an Online Division. That same year, the college's Day Division became co-educational.