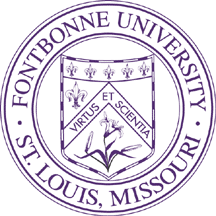 Fontbonne University, founded in 1923 as a women's college, takes its name from Mother St. John Fontbonne, who, in 1808 after the French Revolution, refounded the Congregation of the Sisters of St. Joseph (CSJ). More than a century and a half before, in 1650, the Sisters of St. Joseph had been founded in LePuy, France. During the French Revolution, the sisters were forced to return to their homes and the community was dispersed. Some 28 years after the re-founding, six Sisters of St. Joseph came to the United States in 1836 and established American roots at Carondelet, a small community in south St. Louis, Missouri within the Archdiocese of St. Louis.[4] Five years later, in 1841, they opened St. Joseph's Academy for girls.[5]