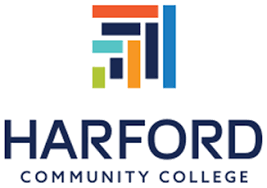 HCC was founded in September 1957 as the "Harford Junior College" on the campus and in the basement of the building for Bel Air High School with 116 original students. By four years later in September 1961, enrollment had risen to 354. In 1964, it moved to its current location east of Bel Air on Thomas Run Road in Bel Air, where it continued to grow and eventually was renamed "Harford Community College" in 1971, using the title of "community" which had become more popular in the former nationwide "junior college movement". Dating back into the 1920s with some public and a few private colleges at the lower level conceived and founded, with some earlier antecedents and similar schools appearing in Baltimore at the turn of the 20th Century (with The Baltimore City College - high school (1839) and lower college (1866), and later the Baltimore Polytechnic Institute (1883), that some old-time citizens of Harford County traveled into the city to avail themselves of the educational opportunities in the state's major city. Montgomery College in Montgomery County of the Maryland suburbs of Washington, D.C., was the first established in the state in 1946 of the modern concept of "junior college", followed by the Baltimore Junior College (again located first at the Baltimore City College) in 1947, (B.J.C. later renamed "Community College of Baltimore" during the 1960s, 70s, and 80s). Occasionally some Harford County residents currently avail themselves of the opportunities at the neighboring three campuses of the Community College of Baltimore County system at Catonsville, Essex or Dundalk. In the mid-1990s, the HCC began expanding, adding a new library, along with Fallston Hall, Edgewood Hall, new parking lots, and an expanded baseball sports facility. Continued future expansion is also expected with the ties and influence of Harfordians being very close.