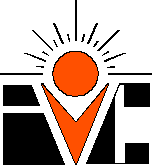 The Imperial Valley College had its beginning on May 9, 1922, with the name of Central Junior College, opening in September that year. Originally at Central Union High School, two years later a new college named Brawley Junior College was opened. Brawley Junior College had to close in 1947 due to lack of attendance. Because of this, Central Junior College was now receiving students from all over the Imperial Valley; students and faculty wanted to change the school name to a more representative one. The Board of Trustees officially changed to Imperial Valley College in late 1951. The college remained housed on the campus of Central Union High School in El Centro until the governance of the college was changed in 1959.