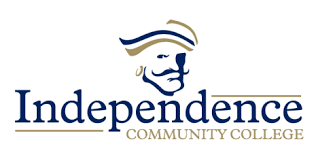 Independence Community College was established in 1925 as grades 13 and 14 of the Independence public school system. In 1967, Independence Community College legally separated from the school district. Construction of the new community college on a 68-acre (28 ha) campus, formerly the Independence Country Club, began in 1969. Classes at the new site began in September 1970. The ICC campus is now home to the Academic Building, Fine Arts Building, Student Union, Center for Innovation and Entrepreneurship, Field House, Administration Building, William Inge Center for the Arts, fitness center, athletic practice fields, disc golf course, 96-bed multi-structure living complex, a 200-bed residence hall, and a 135-bed suite-style residence hall.[1] In 2010, a former large retail space was donated at a location next to the local Wal-Mart. The college renovated the new West Campus, increasing the college's visibility in the community and adding much-needed space for technical programs. A capital campaign was conducted, raising $760,000 for renovation of the facility. The college has also contributed approximately $350,000 to the renovation of that building. This campus is located on the west side of Independence and is home to Allied Health, Cosmetology, Veterinary Technology, and Culinary. ICC also maintains a presence downtown through the ICC Foundation office, which is a separate organization from the college.