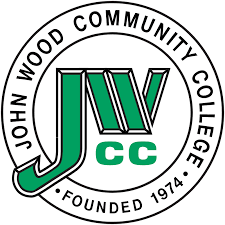 John Wood Community College was founded in 1974 to provide post-secondary education for residents of Community College District 539. The college is named after John Wood, founder of Quincy and 12th governor of Illinois. JWCC began classes in 1975 with 668 enrolled students.[2][6] Authorized by the Illinois General Assembly and signed by Illinois Governor Otto Kerner, Jr. in 1961, the legislation enacted created the Illinois Board of Higher Education (IBHE). The IBHE was tasked by statute with formulating a Master Plan for Higher Education in the state of Illinois.[8][9] In July 1964 the higher education master plan was published by the IBHE, which led to the passage of the Junior College Act of 1965 by the 72nd Illinois General Assembly.[8][9][10] However, it was not until 1974 that official steps were taken to form a community college within the district boundaries.[2]