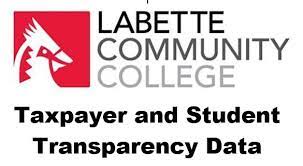 It was established in the fall of 1923 as Parsons Junior College, and was initially financed and operated as a part of the public school system of Parsons as a two-year extension program of the Senior High School. Until 1935, the college was operated as a two-year unit, and was a jumping off point for students desiring to continue their education at a four-year university. In 1935 however, the schools of Parsons became organized into a 6-4-4 basis. Under this new system, the Junior College was a new four-year system, and instructed grades eleven, twelve, thirteen, and fourteen inclusively.[2]