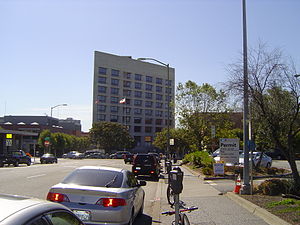 Laney College traces its history to the Central Trade School by the Oakland Board of the Education in 1927 and the Merritt School of Business (now Merritt College) founded in 1929. The trade school was later renamed Joseph C. Laney Trade and Technical Institute. Oakland Junior College was founded in 1953 with Laney serving as the vocational training center and Merritt hosting the liberal arts and business programs. In 1958, the college was renamed Oakland City College. With the establishment of the Peralta Junior College District in 1964, Laney Institute, located on the current campus, and Merritt College in Alameda became separate autonomous colleges in their present-day forms. The current campus was opened prior to the 1970-71 academic year.[4]