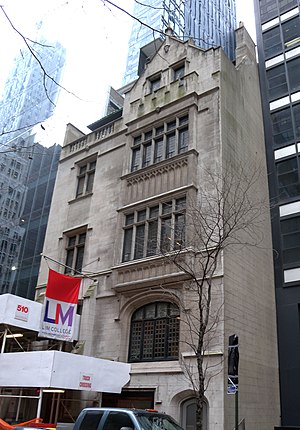 LIM College was founded in 1939 by retail and education expert Maxwell F. Marcuse as the Laboratory Institute of Merchandising, at the request of retailers who wanted a school that would teach women about the fashion business and merchandising. LIM became co-ed in 1971 and Maxwell's son, Adrian G. Marcuse, became president in 1972. During his tenure, LIM College became accredited by the Middle States Commission on Higher Education and earned authority from New York State to grant bachelor's degrees. Former fashion executive Elizabeth S. Marcuse assumed the presidency in 2002. In 2009, the school changed its name to LIM College.[2]