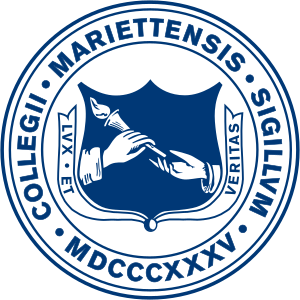 Marietta College began as the Muskingum Academy, in 1797, which was the birth of higher education in Ohio. In April 1797, which was only nine years after Ohio had been settled, a committee of Marietta citizens, led by General Rufus Putnam (the "Father of Ohio"), met to establish a college. The Muskingum Academy, completed late that year, became the first institution of its kind in the Northwest Territory, providing “classical instruction ... in the higher branches of an English education.” Its first instructor was David Putnam, a 1793 Yale graduate.[3][4]