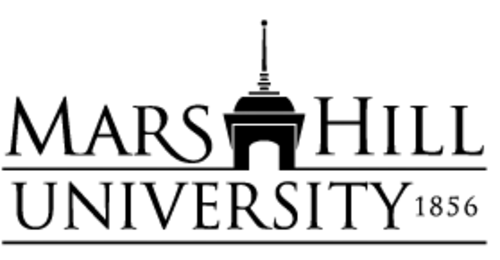 Mars Hill University was founded in 1856, and it is the oldest college or university in western North Carolina.[7] It started as the French Broad Baptist Institute, sharing a name with the nearby French Broad River. In 1859, the university changed its name to Mars Hill, in honor of the hill in ancient Athens on which the Apostle Paul debated Christianity with the city's leading philosophers. During the American Civil War the university was closed for two years, but it reopened after the war. From 1897 to 1938 the university, under the leadership of Robert Moore, enjoyed substantial financial and physical growth. In 1921 Mars Hill became an accredited junior college. Hoyt Blackwell served as president from 1938 to 1966, and under his leadership Mars Hill became an accredited four-year college in 1962.[8] From 1966 to 1996 Fred Bentley served as the college's president. Bentley was, at the time of his appointment in 1966, one of the youngest college presidents in the United States.[8] Dan Lunsford, a 1969 graduate of MHU, served as university president from 2002 to 2018. Under Lunsford, Mars Hill University constructed three new dormitories,[9] a new health sciences building to house its nursing program,[10] a new classroom building to house the business department (the most popular major on campus),[10] completely renovated and greatly expanded the math and sciences classroom building,[11] upgraded its athletic facilities, tripled its endowment, increased its student enrollment, and started a graduate school in education.[12] In June 2018, John Anthony "Tony" Floyd became the university's sixth president in 121 years.[13]