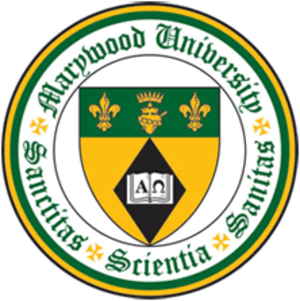 The Sisters, Servants of the Immaculate Heart of Mary came to Scranton, Pennsylvania, and established St. Cecilia's Academy in 1878 "for young ladies". Mount St. Mary's Seminary opened in 1902. Mother Cyril Conroy, superior in 1901, deliberately chose the term "seminary" (roughly equivalent to a high school in present times) to avoid the suggestion of a finishing school – which was a much more common destination at that time for older girls who could afford to continue their education – as it was intended to be "a place where young scholars dedicated themselves to serious study". The Motherhouse was co-located with the seminary. Its buildings suffered major damage during a fire in the 1970s. As a result, the Jesuit Scranton Preparatory School, then a boys' school, became co-educational to accommodate the girls.[5] The arch, now known as "Memorial Arch", which stood at the entrance to the seminary-cum-motherhouse, still stands on the present-day campus and the former seminary's name can be seen engraved on it.