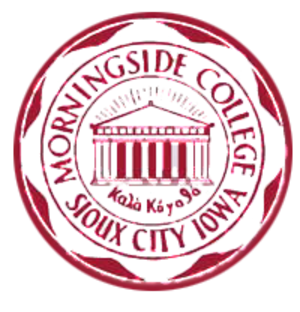 A group of Sioux City business leaders and Methodist ministers established the University of the Northwest in 1889 to provide educational, cultural and economic growth in the community.[4][5] The location of the campus was the northern section of the farm of Edwin C. Peters, the founder of the suburb of Morningside. The university was plagued with financial problems, and it became a victim of the financial Panic of 1893. It closed in 1894, the same year that the Methodist Episcopal Church incorporated Morningside College and took over the campus. Charles City College in Charles City, Iowa, was a German Methodist college that was absorbed into Morningside College in 1914.[6]