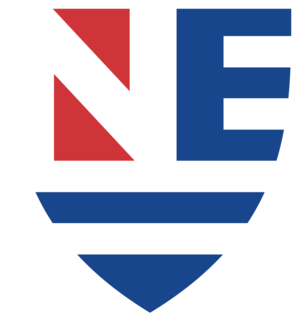 Founded in 1946,[3] New England College was established to serve the needs of servicemen and women attending college on the G.I. Bill after World War II.[5] In 1970, the college purchased the Tortington Park School for Girls in Arundel, in the English county of West Sussex. For a time, the school functioned as an extension campus for NEC students wishing to study abroad; at one point, the college even changed its logo to incorporate the flags of both countries. However, the Arundel campus closed in 1998.[6] For many years, the Theatre Department sent a group of students over to the British campus during the January term and spring term to prepare three shows for touring in England, Scotland, Wales, and sometimes elsewhere in Europe. This was a model program that combined study abroad with practical theatre experience.