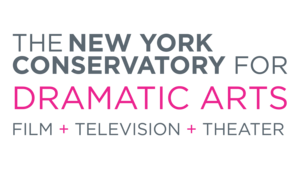 Actors in Advertising, which grew into the School for Film and Television (SFT) and later became the New York Conservatory for Dramatic Arts (NYCDA), was founded in 1980 by the late Joan See, who was a student of Sanford Meisner.[2] She also founded Three of Us Studios, a successful casting facility. She is the author of Acting in Commercials: A Guide to Auditioning and Performing On-Camera.[3] See began her acting career more than 50 years ago, and appeared in more than 300 commercials. She worked with many actors, including Julia Roberts, Paul Newman and Eva Gabor. See also served as Vice President of the Screen Actors Guild New York City. Joan See passed away in April 2017.[4] NYCDA founded the annual Joan See Memorial Scholarship in 2018.[5]