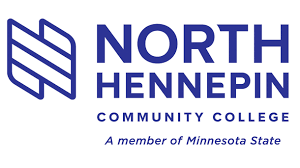 The college was founded in 1966 as North Hennepin State Junior College, opening concurrently with two other state junior colleges in the Twin Cities metropolitan area, Anoka-Ramsey Community College and Metropolitan State University. North Hennepin operated during its first three years in the former facilities of Osseo Junior High School in Osseo.[2] Classes were first offered in September 1966, with a first semester enrollment of 425 students.[3] The current site in Brooklyn Park was selected in 1967, and the new campus opened in the fall of 1969.[4] The school's name was changed to North Hennepin Community College in 1973.[5]