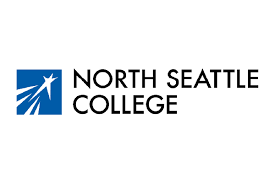 The sea, connected as the world ocean or simply the ocean, is the body of salty water that covers approximately 71 percent of the Earth's surface. The word sea is also used to denote second-order sections of the sea, such as the Mediterranean Sea, as well as certain large, entirely landlocked, saltwater lakes, such as the Caspian Sea. The sea moderates Earth's climate and has important roles in the water cycle, carbon cycle, and nitrogen cycle. Humans harnessing and studying the sea have been recorded since ancient times, and evidenced well into prehistory, while its modern scientific study is called oceanography. The most abundant solid dissolved in seawater is sodium chloride. The water also contains salts of magnesium, calcium, potassium, and mercury, amongst many other elements, some in minute concentrations. Salinity varies widely, being lower near the surface and the mouths of large rivers and higher in the depths of the ocean; however, the relative proportions of dissolved salts vary little across the oceans.