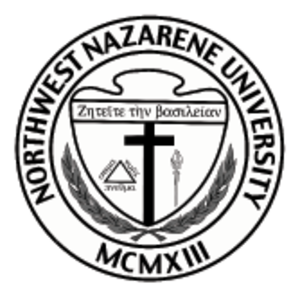 Eugene Emerson organized a combination grade school and Bible school in 1913 as Idaho Holiness School.[1][2] It was renamed twice in 1916, first to Northwest Holiness College and then to Northwest Nazarene College,[3] and then became a liberal arts college in 1917 with degree-granting authority from the Idaho state Board of Education. While the college's first president, elected in 1916, was H. Orton Wiley of Pasadena University, Fred J. Shields filled in as acting president before leaving for the Eastern Nazarene College in 1919, while Wiley finished his graduate work.[4]