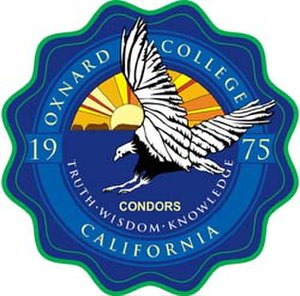 The first two permanent buildings were occupied in the fall of 1979. In 2002, due to the passage of the Measure S bond, Oxnard College received $129 million that would be allocated towards new buildings and renovations.[5] These newly acquired funds led to the creation of new building on campus such as Condor Cafe in 2009.[5] The campus also held dedication ceremonies for the new buildings, including a new Student Services building in 2009, a new Performing Arts building in Spring 2011, a new Library Learning Resource Center (LLRC) in June 2012, and a new Dental Hygiene building in 2016.[5] Some renovations that were also made to existing buildings were an expansion of classrooms in the Child Development Center.[5] This also included the renovation and expansion of athletic facilities which included a new track/soccer stadium, a new softball field, and upgraded baseball facilities.[5] In 2014, renovation and seismic retrofitting began on the old Learning Resource Center (LRC) building; the work was completed in 2017 and the building is now known as Condor Hall.[5] Oxnard College continues to be committed to developing a comprehensive educational program as well as a comprehensive campus environment for the students of its service area.[3]