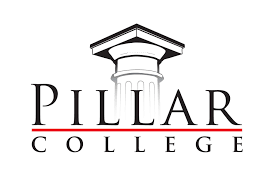 Pillar College was established in 2001 as Somerset Christian College in the buildings and property formerly used by Zarephath Bible Institute, founded in 1908, and Alma White College, founded in 1921. Like SCC, these institutions were established by The Pillar of Fire Church, now Pillar of Fire International, as training schools for missionaries, preachers, and teachers. While both ZBI and AWC were either completely or mostly dormant for approximately three decades, in 2001, under the sponsorship of Pillar of Fire International, the same parent organization of ZBI and AWC, the New Jersey Commission on Higher Education issued the newly created Somerset Christian College a charter to grant the two-year associate degree in Biblical Studies. In 2006 the college was approved to offer four-year Bachelor of Arts degrees. Somerset Christian College became Pillar College in April 2013.