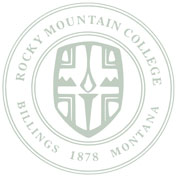 Rocky Mountain College traces its history to the 1878 founding of the Montana Collegiate Institute in Deer Lodge, Montana. Renamed the College of Montana, that institution closed in 1916, and in 1923 its assets were incorporated into Intermountain Union College (IUC), located in Helena. A former president of the College of Montana, Lewis Eaton, founded the Billings Polytechnic Institute (BPI) in 1908 as the first postsecondary institution in Billings.[4] RMC remains on Poly Drive, which leads to campus from downtown Billings. Intermountain Union relocated to the Billings Polytechnic campus after its Helena buildings were destroyed by a series of earthquakes in October and November, 1935. IUC merged with BPI in 1947, when students named their own school to create today's Rocky Mountain College.