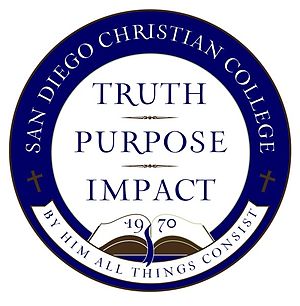 In January 1970, Tim F. LaHaye, pastor of the former Scott Memorial Baptist Church of San Diego and co-author of the fictional Left Behind series of books, Art Peters and Henry M. Morris discussed the need for a Christian college on the West Coast where studies could be developed within the framework of creationism based on the Genesis creation narrative. That year, classes began at Christian Heritage College, supported by Scott Memorial Baptist Church.[2] The first degrees were awarded in 1973.