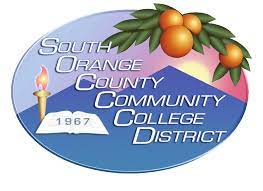 The SOCCCD Board of Trustees is composed of seven trustees elected by the registered voters of the communities of south Orange County and one student member elected by the student body of Irvine Valley College and Saddleback College. Trustees, with the exception of the student member, are elected to four-year terms commencing December of the year elected. As terms are staggered, elections are held every two years in connection with the general election. The seven locally elected trustees must reside in specific areas but are elected at-large.