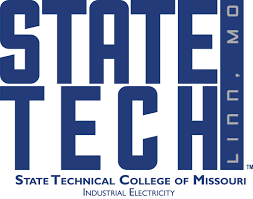 State Tech began as Linn Technical Junior College in 1961, later being awarded the status of Area Vocational Technical School by the Missouri State Board of Education after the U.S. Vocational Education Act of 1963. The school dropped "Junior" from its name in 1968. In 1991, the college was granted the authority to give associate degrees. In 1995, Linn State Technical College separated from Osage County R-II School District after it obtained its own Board of Regents to administrate it. In 2013, The Missouri House of Representatives voted to change the school's name to its current one, effective July 1, 2014.[5] The new name emphasizes the school's status as Missouri's only state-funded technical college, not funded by local property taxes, drawing students from throughout the state.[6][7]