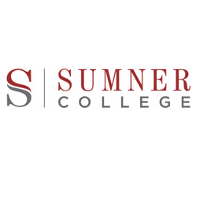 Sumner College began in 1974 with one campus located in Portland, the college began as The Court Reporting Institute. Founded by Bill Ellis, the school was located near Portland State University with the focus to train students to become proficient court reporters to support the legal community. In 1986, the college changed its name to the College of Legal Arts, and expanded its curriculum by adding a Legal Secretarial Program and in 1988 a Paralegal Program. In 1995 the school moved locations and added a Medical Transcription program, its first program in the medical field. In 2007 the college was purchased by Cascade Education, LLC. Under the new ownership the college began to develop new programs for the healthcare industry. In 2009, the college changed its name to Sumner College and launched its first nursing program. In 2012 the college was approved to offer an associate level Registered Nursing Program (AAS) by the state of Oregon and the Oregon State Board of Nursing, becoming the second proprietary school in the state. In 2019 Sumner College added a Medical Assisting program to meet local demand for healthcare. In 2020 Sumner College starting offering its first 100% online course in RN to BSN. Then in 2021 Sumner College expanded with the acquisition of East Valley Medical College in Phoenix, Arizona, adding healthcare programs for Certified Nursing Assisting and Phlebotomy Technician classes.