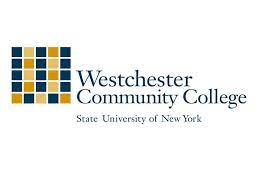 New York state opened five coed technical institutes in 1946, one each in the communities of Buffalo, Binghamton, Utica, New York, and White Plains. The five institutes were operated and financially supported by the state.[6] The Westchester County location in White Plains was called the New York Institute of Applied Arts and Sciences and was housed in a few rooms of the Battle Hill School.[7] The state decided to close the schools in 1953, unless the five communities would accept operating responsibilities and share the financial costs with the state. All five communities decided to retain the institutes. Some members of the Westchester County Board of Supervisors objected to taking on the management of the New York Institute of Applied Arts and Sciences, but community organizations, such as women's clubs, business men's leagues, and civic associations, voiced support. Some even pledged scholarships. A deal was reached so that the financial burden would be shared equally between the state, county, and the student body, with each contributing one-third towards the school's operating costs.[6] On August 12, 1953, Westchester County announced that the Institute would be replaced with Westchester Community College beginning September 1, 1953.[7]