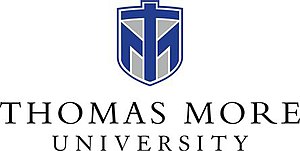 The Benedictine Sisters of Covington, Kentucky, founded Villa Madonna College in 1921 to train Catholic school teachers and to provide college education for young women. The college was chartered by the Commonwealth of Kentucky in 1923. Villa Madonna graduated its first students in 1929 and became the official college of the Diocese of Covington that same year. Three religious orders operated Villa Madonna in its early years: the Sisters of Notre Dame, the Congregation of Divine Providence, and the local Benedictine Sisters. Through the 1930s and early 1940s, the college grew slowly. The school year 1942–1943 closed with commencement exercises on June 4 with ten graduates. The number of graduates of the college including the 1943 class was 152.[3]