University of the Cumberlands 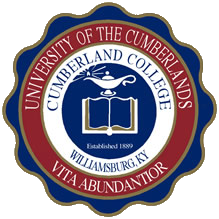 University of the Cumberlands, first called Williamsburg Institute, was founded on January 7, 1889. At the 1887 annual meeting of the Mount Zion Association, representatives from 18 eastern Kentucky Baptist churches discussed plans to provide higher education in the Kentucky mountains. The college was incorporated by the Kentucky state legislature on April 6, 1888. In 1907 the school bought the three buildings of Highland College, and in 1913, Williamsburg Institute's name was changed to Cumberland College. The name reflected the institution's location along the Cumberland River and its proximity to Cumberland Falls and the Cumberland Gap. From its inception, the institution has been affiliated with the Southern Baptist Convention and its mission has been to educate and prepare leaders for service to the greater community. On the basis of being controlled by the Kentucky Baptist Convention and being bound by its policies, the university has requested and received exemptions from Title IX in the areas of "admissions, recruitment, education programs or activities, and employment", allowing it to discriminate in those fields based on its views regarding "marriage, sex outside of marriage, sexual orientation, gender identity, pregnancy, and abortion."[3] University of the Cumberlands sought, and received, a dissolution with the Kentucky Baptist Convention during the annual convention on November 12, 2018.[4]