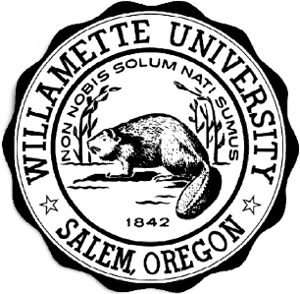 Willamette University is a private liberal arts college with locations in Salem and Portland, Oregon. Founded in 1842, it is the oldest college in the Western United States.[3] Originally named the Oregon Institute, the school was an unaffiliated outgrowth of the Methodist Mission. The name was changed to Wallamet University in 1852, followed by the current spelling in 1870. Willamette founded the first medical school and law school in the Pacific Northwest in the second half of the 19th century.