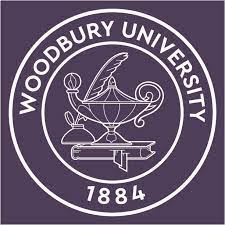 The school was founded in 1884 as Woodbury's Business College by its namesake, F. C. Woodbury, formerly a partner in Heald's Business College in San Francisco, thus making it the second oldest institution of higher learning in Los Angeles and one of the oldest business schools west of Chicago. That historic link between Woodbury and the world of business has been maintained throughout the years. Woodbury was coeducational from its founding, making it one of the earliest colleges West of the Mississippi to admit women. The original mission of Woodbury University was to educate Los Angeles residents in the practical areas of business: bookkeeping, commercial law, and telegraphy. For a time, Woodbury could boast that 10% of Los Angeles' citizenry were attending the institution and its earliest alumni lists form a who's who of 19th century Los Angeles.[1]