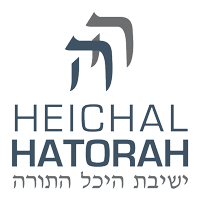 The school was originally established in 1968 as Monsey Mesivta High School in Monsey, New York. Nine years later it was taken over by Berel Wein, when it became known as Yeshiva Shaarei Torah. Wein served as its rosh yeshiva (dean), and Emanuel Schwartz was the English studies principal, until the latter stepped down from that position in 1994, remaining at the school to focus on teaching precalculus.[2] Wein left the school in 1997, when it was taken over by Martin Wolmark who then became dean.[4]