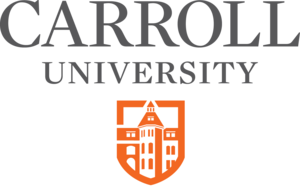 Prior to its establishment, what is now Carroll University was Prairieville Academy which was founded in 1841. Its charter—named for Charles Carroll of Carrollton, a signer of the United States Declaration of Independence—was passed into law by the Wisconsin Territorial Legislature on January 31, 1846.[2] During the 1860s, the American Civil War and financial difficulty caused Carroll to temporarily suspend operations.